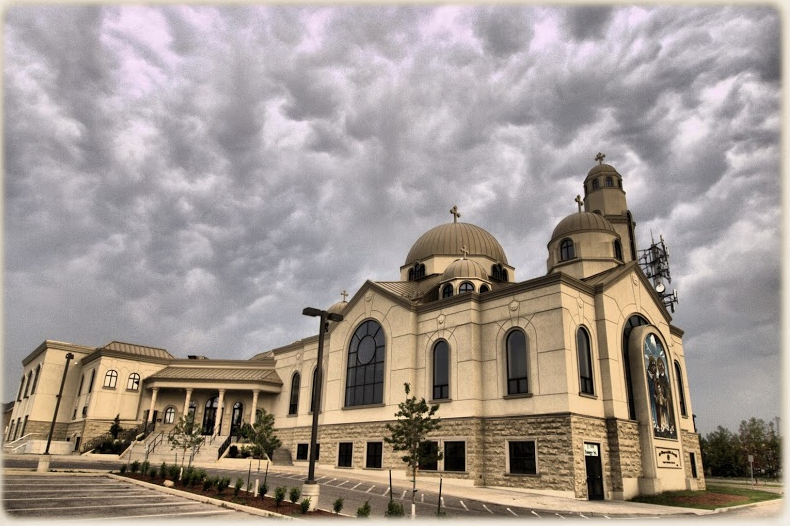 THE HISTORY OF ST. MARY AND ST. JOSEPH CHURCH

In the beginning . . .
It all started with a bible study meeting in one of Richmond Hill’s Coptic family homes, where friends gathered with Father Abraam Kamal to study the word of God. The idea of starting a Coptic church in the town of Richmond Hill quickly found enthusiasm and a solid support from several families who lived in Richmond Hill and north of Markham. The plan was put into the hands of God.

On December 2002, Father Abraam Kamal had the blessing of meeting with the Coptic Pope, H.H Pope Shenouda III, in Egypt, where his Holiness approved and blessed the beginning of the new church in the area.

The first Divine Liturgy was celebrated on Saturday January 25th, 2003under the auspices of H.H Pope Shenouda III who delegated H.G Bishop David to pray the inauguration Liturgy. Through the grace of God, the service continued in this location till April 2008 when the new church building was constructed.

Buying the land to build the Church
in 2005 the congregation of the church, who increased dramatically over the two years, were looking for a parcel of land. Limitation of what is available for sale in this area and the high prices formed a major challenge for the small community of church members, but God had a plan. He facilitated every means to help us in this leap of faith. The entire congregation worked diligently to secure this land by any means possible. Some helped with loans, others through lines of credit secured by their own houses, and much more. Pope Shenouda III blessed the idea in Boston in August, 2005. The town of Richmond Hill encouraged the project and the bank miraculously approved the land loan and the land was successfully purchased.

First Prayer at SMSJ . . .
The church building was ready for the congregation to pray for the first time on the eve of the feast of Resurrection on April 27th, 2008.

Since God blessed the whole area with the church, the congregation had grown rapidly. All of the services had also grown, and there was a need for a second priest. Through the grace of God, Fr. Youssef Iskander was ordained as a priest on November 14th, 2009 by H.H Pope Shenouda III. Then on March 3rd, 2013 H.H Pope Tawadrous ordained Fr. Shenouda Meleka to become the third priest of the church. On the same day Fr. Abraam Kamal was elevated to the priesthood rank of Hegomen.