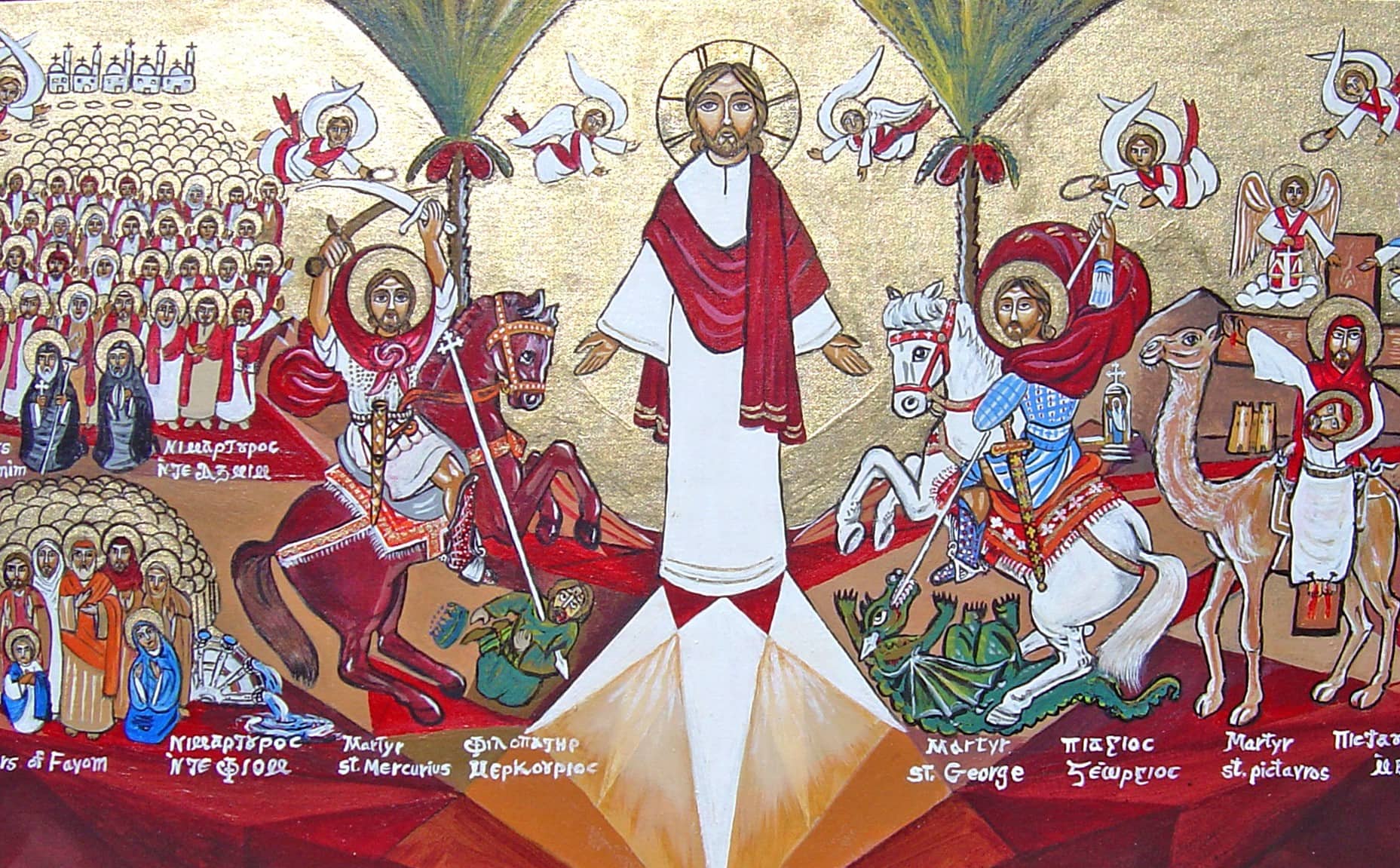 “You shall be witnesses to Me in Jerusalem, and in all Judea and Samaria, and to the end of the earth.” (Acts 1:8)

Nayrouz is the feast of commemorating the martyrs and confessors. It is celebrated on September 11, which marks the start of the Coptic New Year.

The Coptic calendar and year is the oldest known calendar in the world. It was established in the year 4241 BC. The Coptic calendar divided the year into twelve equal months with thirty days exactly for each month and a thirteenth month made up of five days to complete the year, and called it the small month. The small month is usually five days in length and six days every leap year.

The Egyptians called that day “El Nayrouz”. This came from the prayers used by the ancient Egyptians before the flooding of the river Nile. They prayed to their gods to bring the flood at the right time as the flood fertilised the land enabling the healthy crops to grow. While the original Coptic language decreased over the generations, the words “Niyaro ezmou” which means “the feast of the rivers”, were spoken by the original inhabitants of Egypt were understood by the new inhabitants as “Nayrouz.”

Year of the Martyrs

The number of Christians who were martyred in Egypt by Roman Emperors is far greater than any country throughout the whole world.

The Coptic Church uses the Coptic Calendar to establish events and celebrate all church feasts throughout the year. The Coptic calendar sets the time for feasts, important memorial occasions, fasts, other rituals and celebrations in the liturgical life of the church.

The Coptic Church added to the liturgical service, some hymns, praises and other sections that are specific to the feast of the Coptic New Year. They carry meanings to recognise martyrdom as one of the foundations of the church. It also carries the meaning of the New Year in the life of the true Christian believer and the importance of having continuous spiritual fruits in their life.

The feast of martyrs is a memorial of how the martyrs offered themselves as a true living sacrifice for Christ, simulating Christ, who offered himself as the real and eternal sacrifice on the cross for the sake of all. Those martyrs are continuously alive with Christ in paradise and are sharing with us our life of worship while we are still in the “struggling church on earth”.